That Wasn't There Yesterday

New fencing on the east side of Woburn Street 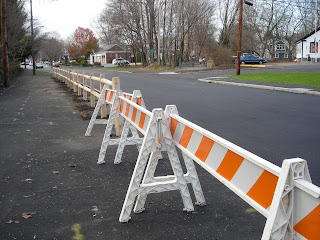 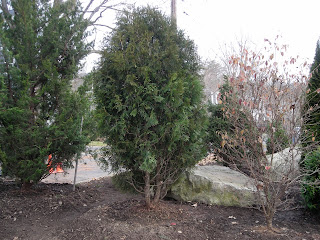 Posted by Trail Skater at 6:17 PM No comments:

Even after hundreds of trips up and down the trail, a previously unseen relic of railroad days catches my eye. Yesterday I spotted a ring post lurking in the trees and brush. It's on the inbound side along the horse farm in Lexington, nearly opposite the boardwalk entrance to Parker Meadow. 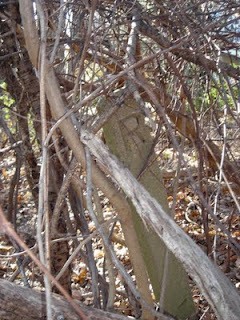 Landscapers have opened up the end of Hancock Avenue at the trail, removing trees, brush, and a rusty old barrier made of rails. 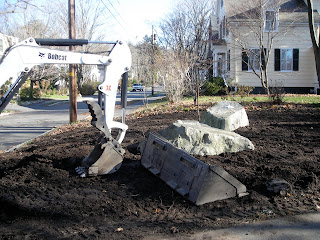 Hancock Avenue one year ago. 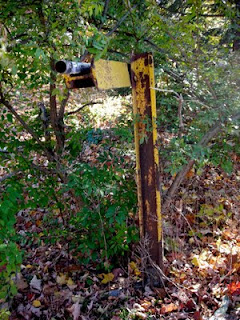 I hardly ever see bicycle lights along the trail on account of only being out on fair days. By chance I saw both a headlight and a taillight this morning, both as I neared Mill Street. Even in full daylight, the new LED lamps are a great aid to being seen. I had no trouble picking out the dwindling red taillight when the rider was 200 yards ahead of me. The best bicycle lamp of my childhood -- powered by Raleigh's front-hub generator -- was dim and fragile by comparison.

Posted by Trail Skater at 8:37 PM No comments:

A Snake on the Trail 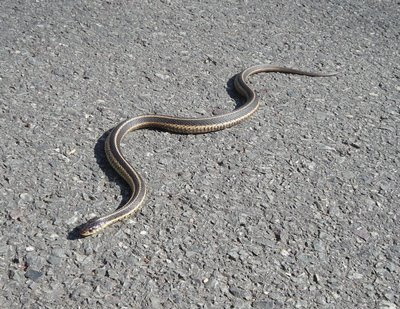 Posted by Trail Skater at 10:29 AM No comments: 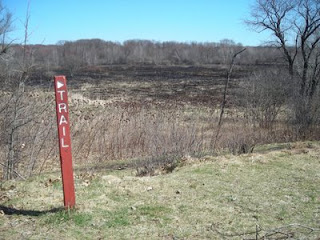 Brush and leaves burned to the edge of the trail 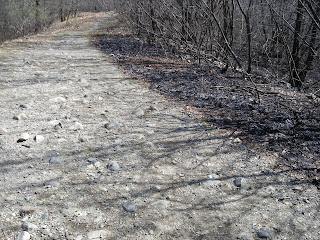 Posted by Trail Skater at 6:42 PM No comments:

I thought for a second that someone had blacked out the centerline on the bridge over 128, but it's only the shadow of the fence rail. 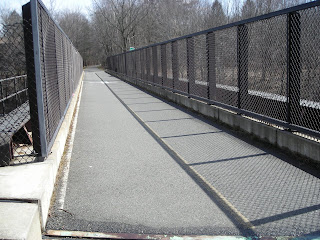 Posted by Trail Skater at 3:39 PM No comments:

I skated west from Lexington Center to Bedford Depot Park today, relying on Yury's report that the trail was clear enough for all activities. That's nearly so, undercut only by some sand and gravel at Bedford Street, followed by rotting ice across the path just west of there. 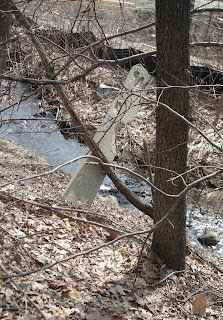 Posted by Trail Skater at 12:46 PM No comments:

I skated west from Hurd Field into Lexington yesterday and found the trail much clearer than I expected. There's some gravel at Fottler Avenue and some ice in the shadow of Maple Street. I turned back at the private driveway between Seasons Four and Woburn Street, where there was only a narrow strip of wet pavement surrounded by melting ice. 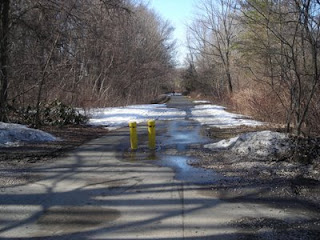 Posted by Trail Skater at 6:23 AM No comments: 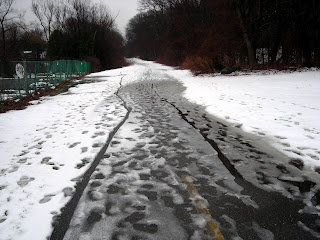 At the Seasons Four crossing 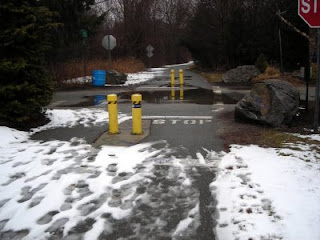 The Deadwood of Damocles

Temperatures in the fifties, maybe up to sixty degrees this weekend should take a big bite from the last of the snow and ice in Arlington. Lexington has a lot further to go. 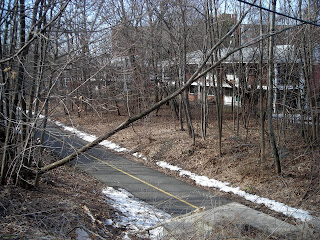 Posted by Trail Skater at 9:48 AM No comments: 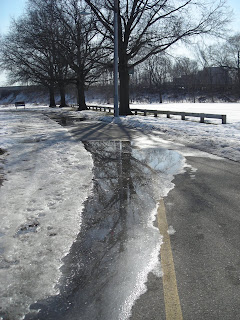 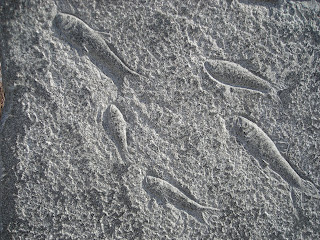 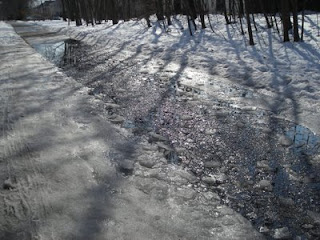 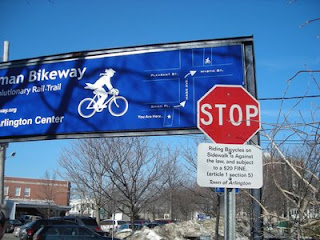 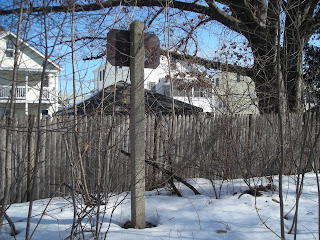 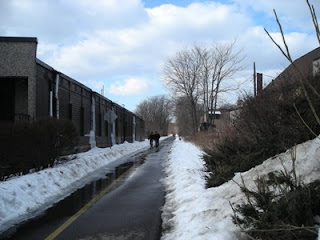 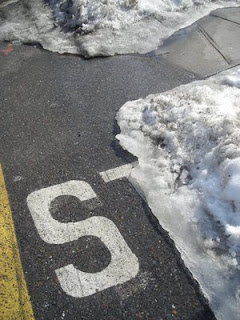 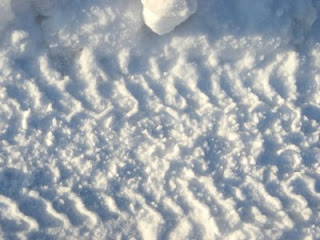 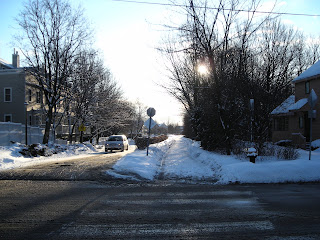 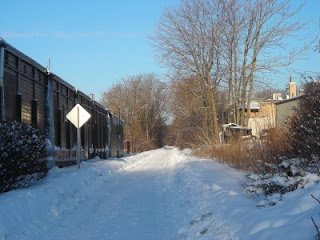 New Rules for Bikes in Traffic

While you're waiting for the trail to clear, you should read up on the new Massachusetts bicycle law.

Posted by Trail Skater at 11:27 AM No comments:

Plowing wasn't going well in Lexington and now the town has suspended the program. You read more on Clear the Trail and the FOLB blog, or respond to the Lexington Minuteman's weekly poll.